Sue Posted in No Comments 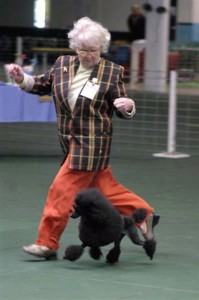 Simon gained his New Zealand Championship Title at only 18 months of age. He started his adventures in July 2004 when he flew from Heathrow to Auckland via Los Angeles. He soon made his mark in the New Zealand show ring aged only 6 months by gaining Best Puppy in Breed at the New Zealand Kennel Club National Show 2004 when he had only been in New Zealand for 2 months.